Nearly the end of term!

We have been busy with our experiments, maths, writing and learning how to play cricket!


Maths:
The children have been learning how to use a number line to help them solve addition and subtraction problems. They quickly picked up the concept and were away to do independent worksheets. 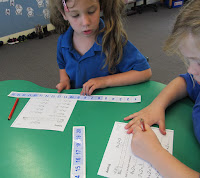 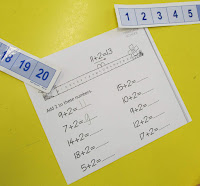 Money has been the focus for our maths strand this term. We learnt about the value of money, 'needs and wants', and about saving money with Amie from the ASB. 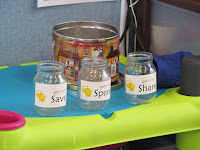 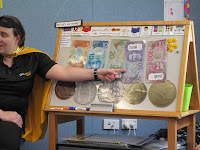 Next we made our own money, we looked at what was on New Zealand notes and used this as a guide to designing our money. In writing we were describing Monsters, so we combined this with our strand and made Monster Money Boxes to put our money in. 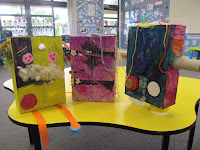 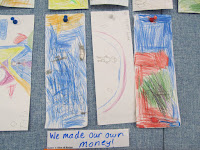 We experimented with Sinking and Floating.
First we predicted what each item would do, sink or float. We marked this on our sheet.
Then we put each thing in the water container and watched to see what would happen.
We then marked if it was sinking or floating and compared it against our predictions. 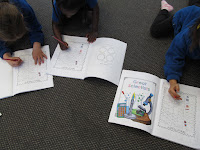 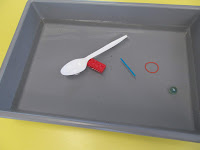 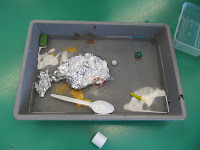 We found most of the things sank because they were heavy.


We thought if we had used a metal spoon instead of a plastic spoon, it would have sunk too.

For our next experiment we wanted to know, "What makes the froth on top of an Ice Cream Soda?"
We looked at the ingredients we were going to use to make an Ice Cream Soda.
Lemonade is a liquid. It has bubbles in it. CO2 is put into the Lemonade, which makes it bubbly.
Ice cream is a solid. It is made from cream. Cream is a fat. The ice cream had a greasy feel. We made a prediction that when we mixed the lemonade with the ice cream, it would explode!
We then put some ice cream in a glass and added the lemonade. 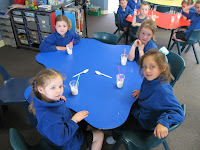 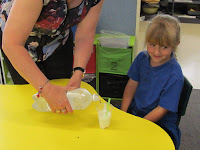 We then used our Scientist eyes, nose and ears to observe what happened. It didn’t explode, but made lots of bubbles (which is gas!). We now had three states of matter, solid (ice cream), liquid (lemonade), and the bubbles (gas). 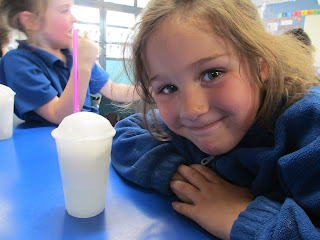 Conclusion: The bubbles in the soda don’t like the fat in the ice cream. They try to run away out of the soda and this make the froth on top of the soda.

Room 1 then did some amazing writing about making Ice Cream Sodas. 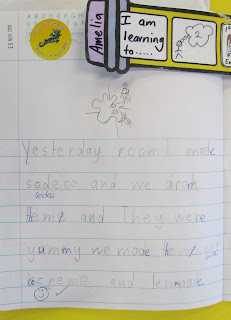 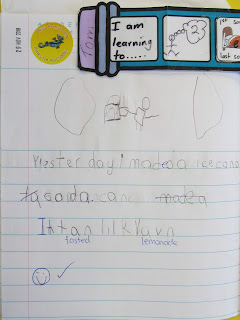 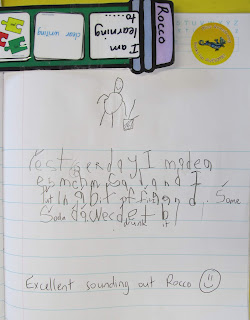 This week we were learning how to play cricket. Some of the children had never heard about cricket before and some had played cricket. It was fun learning new skills and working together as a team. Maybe future Black Caps or Silver Ferns! 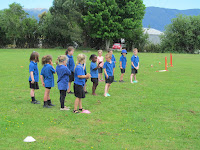 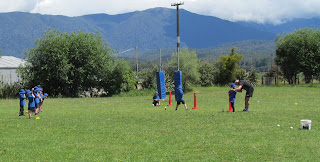 Posted by Mrs Armstrong at 09:02 No comments:

We are a class of Year 0 - 2 students. Thanks for reading about our class work and activities, and sharing your comments.